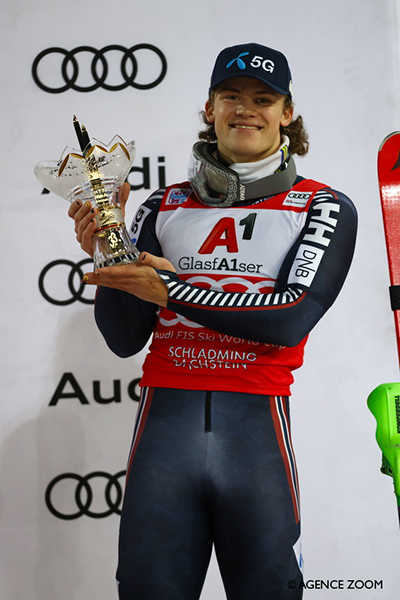 Born on 19 April 2000.
The Norwegian phenomenon has started the season on a high note with two victories this season in Val d'Isère and Adelboden. Leader of the 2023 Slalom World Cup ranking, his enthusiasm and talent suggest that he will be the favourite. 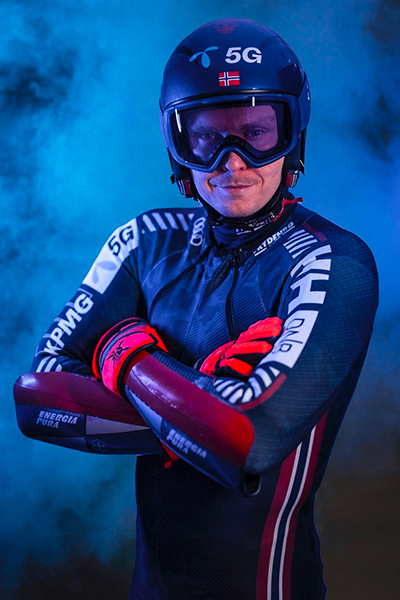 Born on 2 July 1994.
Henrik Kristoffersen is the man with one of the best World Cup records going into the new season. Winner in Garmisch Partenkirchen and Wengen this year, 2nd in the overall World Cup slalom ranking, the fine Norwegian technician will not be satisfied with just making up the numbers.. 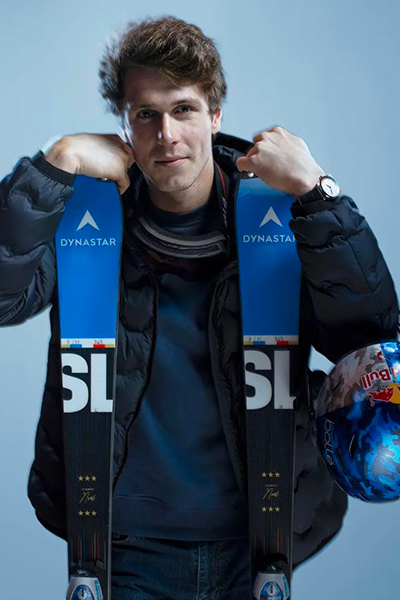 Born on 3 May 1997.
Clément Noêl is the 2022 Olympic slalom champion and double winner of the event in 2020 and 2021. The talented Frenchman will be the man to beat and the headliner of the French selection. His success in Schladming just before the Chamonix event shows him to be in good shape again. 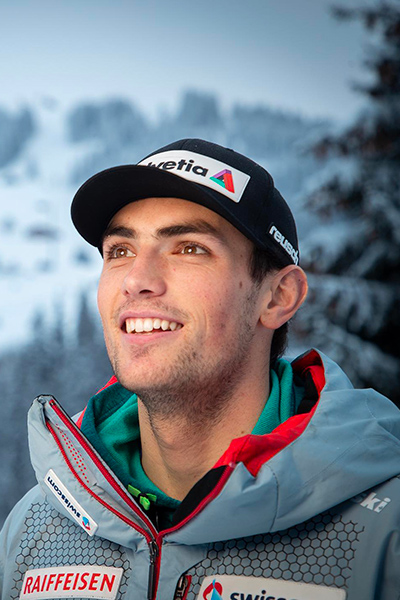 Born on 18 February 1993.
3rd in the 2023 World Cup slalom ranking and a frequent participant in legendary events: winner in Madonna di Campiglio and Kitzbühel, he will be hungry for victory in Chamonix. There is no doubt that this year he will want to be at the front of the pack. 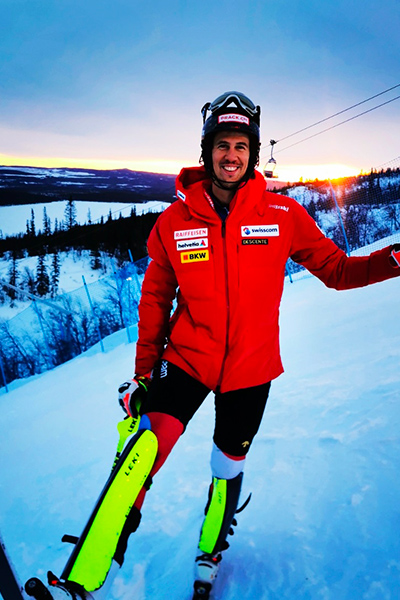 Born on 4 May 1992.
Ramon Zenhaeusern has overturned the codes of slalom by imposing his giant style (he is 2m tall) and his unique trajectories. As friendly as he is efficient (7th in the overall World Cup slalom ranking), the Swiss rider intends to climb on the podium. 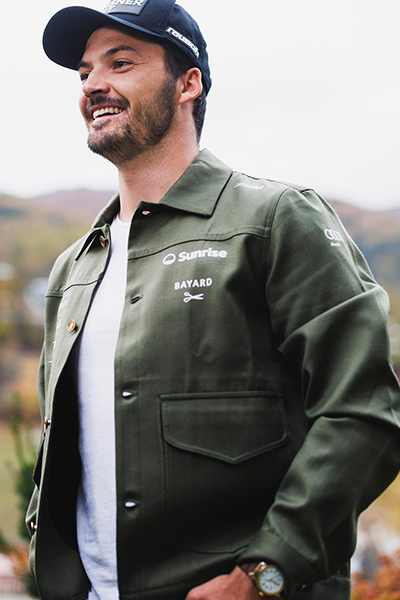 Born on 29 October 1996.
In form at the beginning of the season (winner of the giant slalom in Schladming), collector of podiums, he already had the honour of taming the Green in 2020 by winning the parallel giant. A sweet taste that he hopes to taste again this winter in slalom. 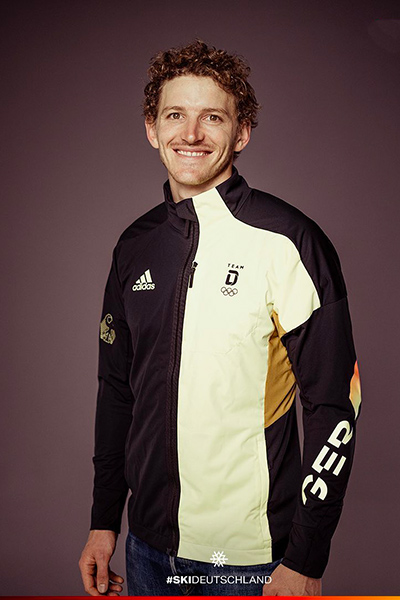 Born on November 6th 1992.
Very successful this season and well placed in the last slaloms (2 podiums this season). His last slalom victory was in January 2022 in Schladming. 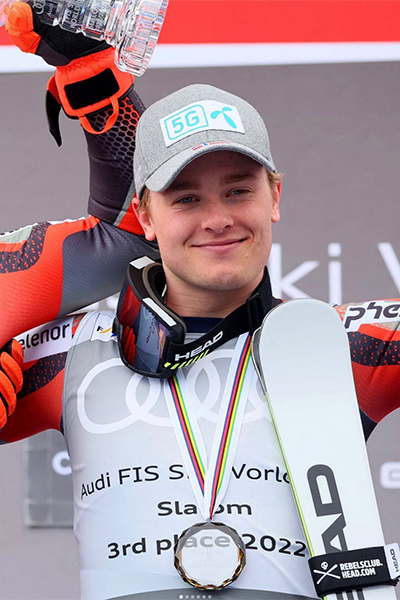 Born on 13 May 1993.
The young American-Norwegian skier, who has had a good season, could play a leading role in the Kandahar. 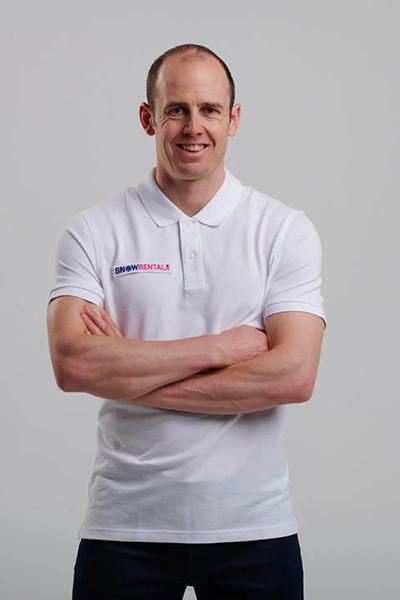 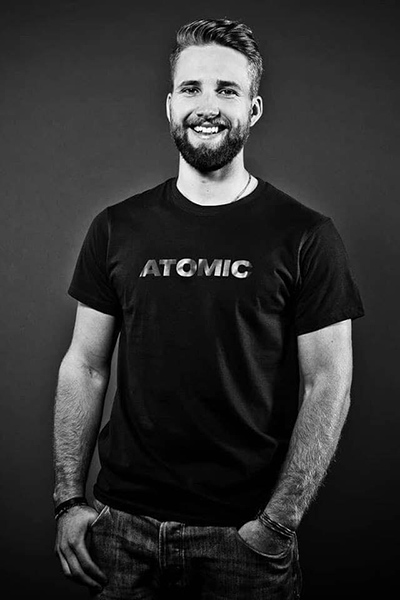 Born on 16 August 1995.
World champion and winner of the crystal globe in 2021, the Austrian is still a serious contender in slalom. 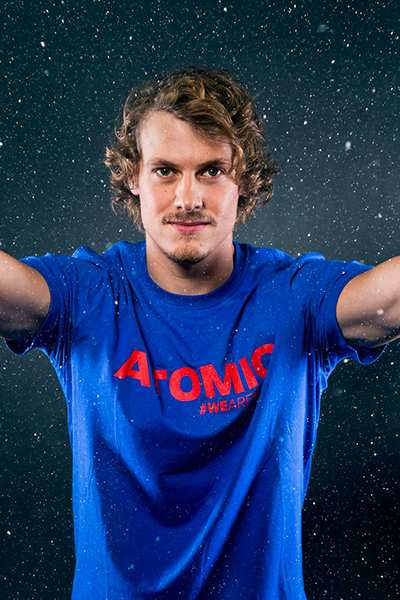 Born on 13 October 1992.
Currently fifth in the World Cup Slalom rankings. He is a slalom and giant slalom specialist. Won the first World Cup race of his career on 16 January 2021 in Flachau. 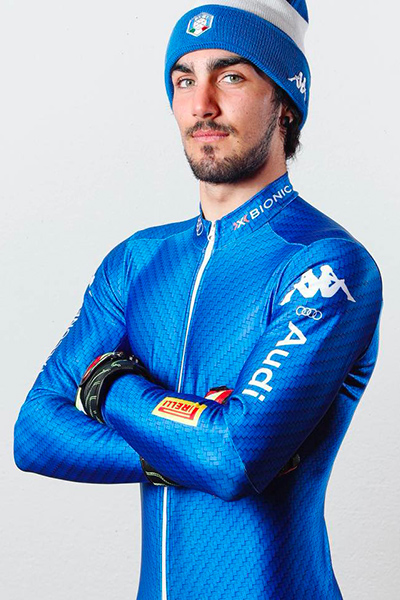